Ukraine war: Boy of 11 flees to safety in Slovakia by himself 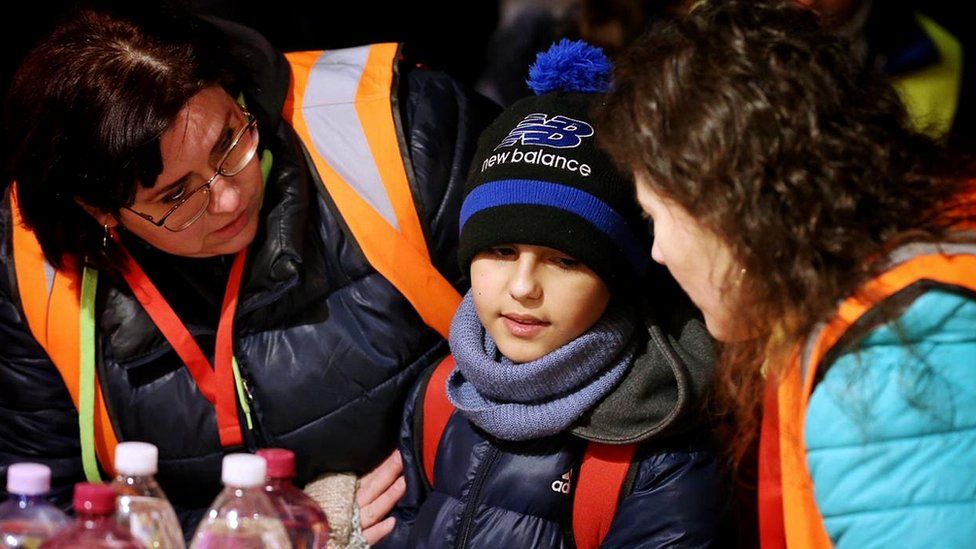 A boy has arrived safely in Slovakia after travelling some 1,200km (750 miles) from eastern Ukraine with no more than two small bags, a passport and his relatives' phone number.

Hassan, 11, left his home in Zaporizhzhia because his mother could not leave her elderly mother.

She put him on a train and when he finally got to the border he was helped across by customs officers.

Officials said he was a true hero and had won over everyone with his smile.

The boy arrived at the border carrying a plastic bag, a small red backpack and his passport. He was taken in by volunteers who gave him food and a drink while border officials got in touch with relatives in the Slovak capital Bratislava.

His mother, in a video posted by Slovak police, thanked everyone for taking care of her son and explained why he had travelled across the country when it was in the grip of a Russian invasion.

"Next to my town is a power plant that the Russians are shelling. I couldn't leave my mum - she can't move by herself - so I sent my son to Slovakia," said Julia Pisecka, who is a widow.

The nuclear power station at Zaporizhzhia is the biggest in Europe. It was seized by Russia's military over the weekend after an attack that President Volodymyr Zelensky warned could have caused destruction on a scale far bigger than the Chernobyl disaster in 1986.

Hassan is one of more than two million people who have fled Russia's war in Ukraine. More than 1.2 million have arrived in Poland, while 140,745 have reached Slovakia, according to the latest UN figures. 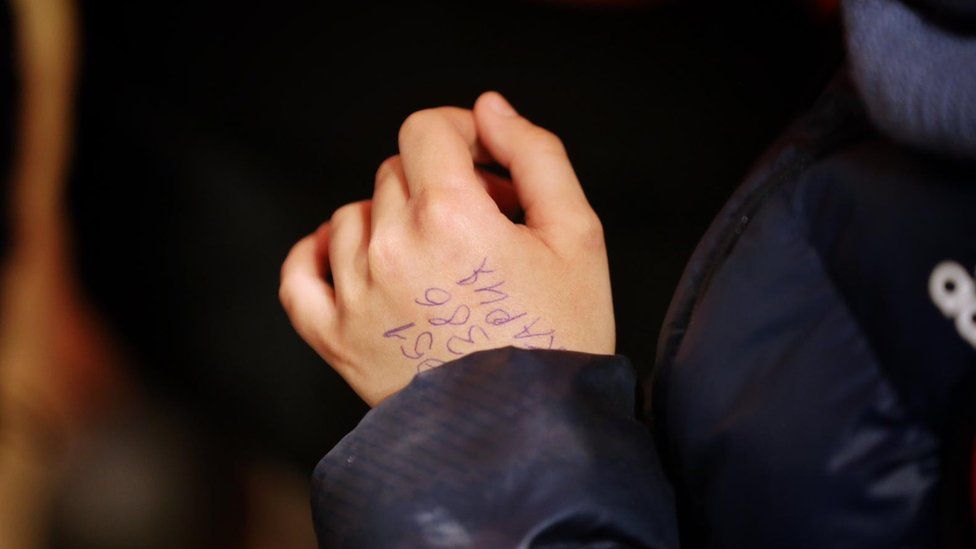 On the verge of tears, his mother pleaded for Ukraine's children to be given a safe haven.

A Slovak interior ministry official said Hassan had won over everyone at the border with his smile, fearlessness and determination.

The official said he had used a phone number written on the boy's hand, as well as a piece of paper he had in his pocket, to contact relatives in the Slovak capital who came to pick him up.

Having lost their parents in the chaos of war, Ruth, Edek and Bronia are left alone to fend for themselves and hide from the Nazis amid the rubble and ruins of their city. They meet a ragged orphan boy, Jan, who treasures a paperknife - a silver sword - which was entrusted to him by an escaped prisoner of war.

Frozen star Idina Menzel has tweeted a message of support to a young girl who sang the film's anthem Let It Go while sheltering in a Ukraine basement.

A video showed the child, named Amelia, being cheered on by families also seeking refuge in the building.

The video was first posted on Facebook by Ukrainian Marta Smekhova and has since gone viral around the world.

Menzel tweeted: "We see you. We really see you," alongside blue and yellow hearts, the Ukrainian flag colours.